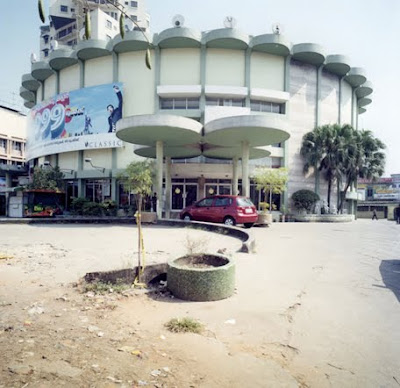 Considering that the Indian film industry and Bollywood is as big as it is, photographing the cinema's and theatres where those films are shown makes for an interesting project. Shot with a more raw aesthetic than I've seen applied when US cinemas are the subject, say with Soth's Thirty-Three Theatres & A Funeral Home Massimo Sordi's style used for shooting his series Dreaming Bollywood fits nicely with the subject. If I had one very small criticism it's that I would have liked to see a little tighter editing. I think a pure Typology would work so well with this subject, but I'm a sucker for a good Typology and even so I did really enjoy the work.

An interesting point to finish on is when I spellchecked this post Blogger (Google) suggested "Hollywood" for the word "Bollywood". Considering that Bollywood produces twice as many films per year as it's American counterpart and sells around a Billion a year more in film tickets it seems a little cockeyed.