Welcome to the cheap jeans. 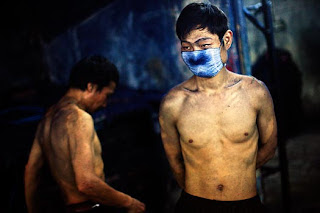 
As we all storm Primark and the like this weekend, keep these images in your heads.....http://www.justinjin.com/
Posted by mark page at 18:45 No comments:

Please take a look at this! Urbis's super tour guide and all round nice guy Mark Rainey, sent me a link to here http://www.urbanunderworld.co.uk/ These fellas make great pictures as well as being insane, (THINK OF THE RATS!) I wonder if Urbis will start running tours like this?
Posted by mark page at 08:25 No comments: 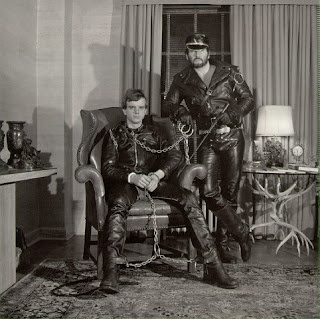 
When I was at college I went through a phase, At least one of my tutors told me I would grow out of it, well I never have. That phase was a love of the work of Robert Mapplethorpe. I had never seen anything so shocking or so technically brilliant. But it was more than that, it was that I believed his pictures. He not only knew his subject but also lived it . See more of his work here : http://www.mapplethorpe.org/index.html
Posted by mark page at 19:56 No comments:

I have always thought it slightly arrogant, with shades of "Imperialism" for British And American photographers to go trapezing around the world when there are gifted photographers from those lands with a far deeper knowledge of their country and culture. And as if to prove my point one of the winners of this years PULITZER PRIZE, was ODED BALILTY from Israel. http://www.pulitzer.org/year/2007/breaking-news-photography/bio/ to read more.
Posted by mark page at 08:03 No comments:

Two galleries two exhibitions, The Lowry, "THE MYTH OF THE NORTH" perhaps it should be preceded with "HOW TO PERPETUATE "cod terrace houses (even more plastic looking than Urban Cash) eeh bye heck it's Bloody Black n White up north! a fucking exhibit of a place of work........ A mock up of a factory, what was there no factories down south? or no offices up north? Coronation street, taste of "fucking" honey, no QUEER AS FOLK ?, CUTTING IT? COLD FEET? nuff said.
Urbis HACIENDA, something that put us on the map, made Manchester the coolest place in the world to live, for a while. Nothing else to say in connection to Wilson though Because I'm getting sick of it... next time Bernard Manning.....(joke)................... STOP PRESS.............NEW SHOW AT TATE BRITAIN "mabe it's because I'm a Londoner"..
Posted by mark page at 15:21 No comments: 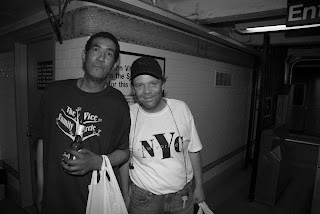 I spend many hours looking at the work of other photographers on the internet and in various magazines, and every so often I see work by somebody that stops me in my tracks. I was lucky enough to be contacted by James (ain't the internet great). The great thing is that James is moving to our fair town soon. To see more of James work check out http://www.lightstalkers.org/james_nisbeck well worth a look. 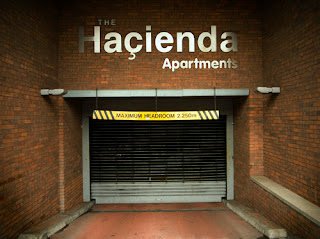 Although everyone knew he had been ill for a while it still came as a shock when he died. I think everyone had an opinion about Wilson, love him or hate him I think we all had to agree that he loved Manchester. It is agreed that he was one of the architects of Manchester's revival, and It is agreed that in the eighties & early nineties he made it a cool place to live.

The trouble is that not long after The Hacienda closed Manchester started to lose that cool. It's been said a thousand times before that the Hacienda being turned into flats (I refuse to use the term apartments!) was symptomatic of the way that Manchester was going. Money men have moved in and made a killing on the back of that cool and in the process have turned the place into well I'm not sure what. I know that "town" now on the whole is dull. I know that we have the same shit shops as everywhere else, I know that most of the bars are banal, and I know that although a lot of city centre loft residents are having a ball, ten minuets down the road kids are still getting shot and little of that money finds it's way there unless it's to buy a house that some old couple have been forced to sell. So yes I will miss you Tony because if Manchester has ever needed a gobby bastard it's now...................
Posted by mark page at 15:34 No comments: