The Kebab Shop 2014, diorama adventures and the birth of Sodley-on-Sea. 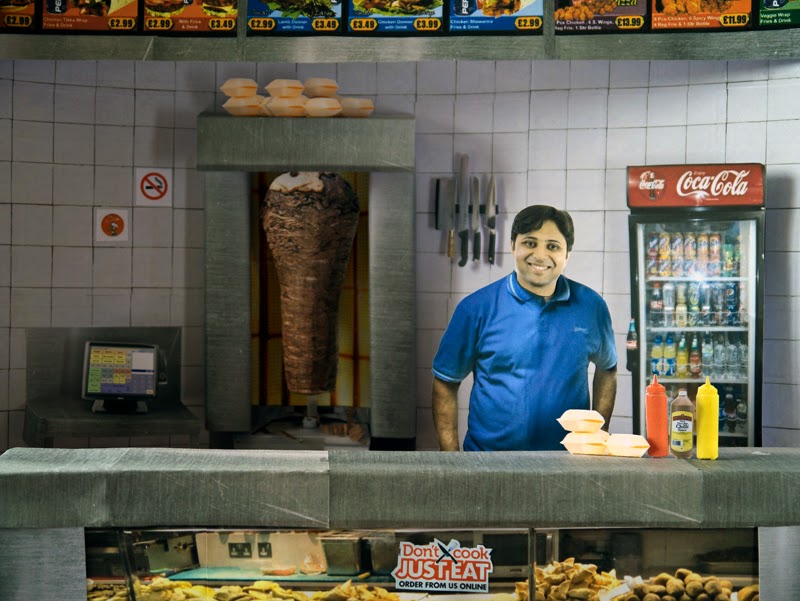 The Kebab Shop 2014
The Kebab Shop is the latest diorama I have made and photographed. I have been interested in the potential to use diorama in my photographs for a couple of years. It came about for two reasons. Firstly out of necessity when I was making my still life series STILL LIVES: Still Lifes For All. Being flat bleeding broke I needed a way of producing my props as cheaply as possible. I thought I would print pictures off the internet and turn them into models. Almost everything in the still life series with the exception of the flowers (which are artificial) is made in this way. The second reason was that one of my favourite artistic mantras which was made by the photographer Joachim Schmid and has been floating around in my head for a while. "No more new photographs until all the old ones are used up!"
Food Bank 2014 is what I consider to be my first full diorama (see last post) as although it was part of the Still lives series, once it was built I decided to leave the flowers out and just leave it with the models made from the internet images. Kebab Shop 2014 is the next step and the first picture from Sodley-on-Sea. 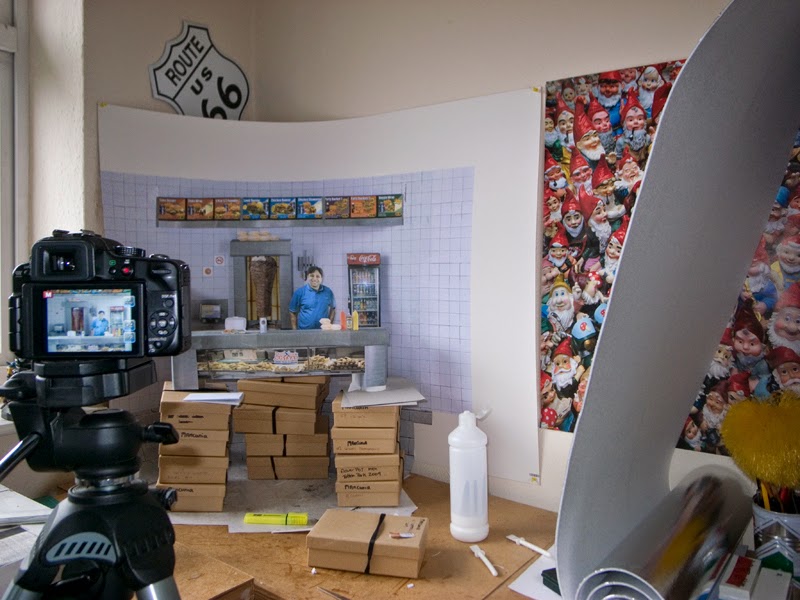 The whole of The Kebab Shop is made out of pictures. It took a while to build about a month what with gluing and searching online for pictures to pinch. It's gone now only it's photo remains. It's the first picture in a new series I'm working on. It's a new series and a question.
"Can I make a kind of fucked up social documentary photography series about England using dioramas made up of images sourced from the net so I can stay at home and watch the telly at the same time?"
Tricky sticky sticky.
Posted by mark page at 12:35 No comments: 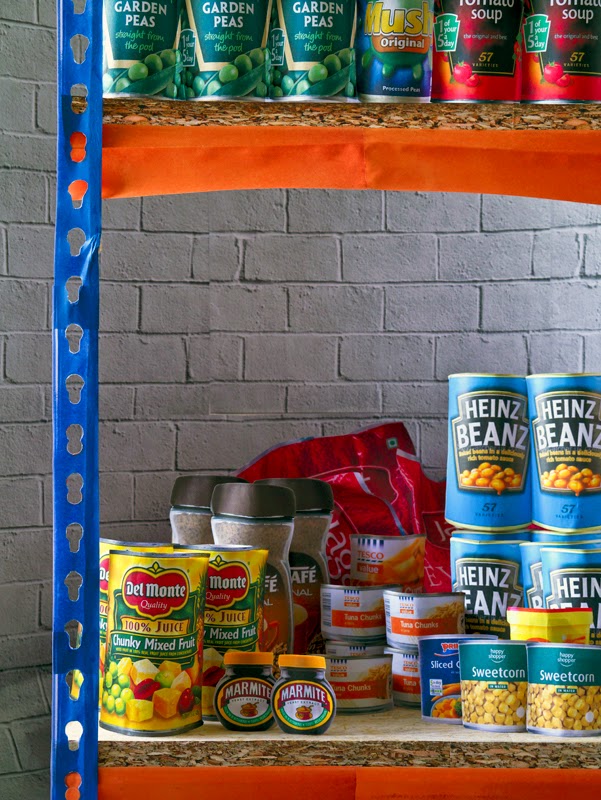