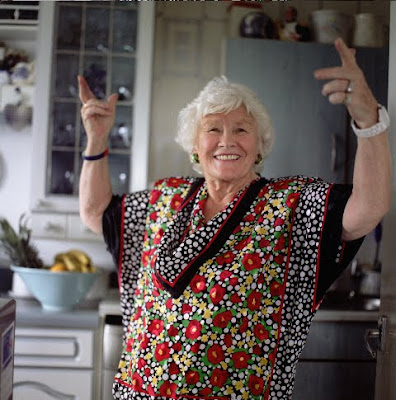 Well it's that time of year again when all Manchester becomes 'Gay for a Day' well a long weekend actually. And this year at MANCHESTER PRIDE my old mate Andy Brydon from CURATED PLACE has curated an exhibition and series of events together with the documentary photographer Rachel Adams.

Extending the Pride fringe into new territory Curated Place and Rachel Adams will be setting up a live photo studio with an open call going out to gay and bisexual women in Mancheser for Pride to add their images and voices to their Modern Lesbian project over the big weekend (28th August – 30th August). By creating a new lesbian space within the context of Pride, The Modern Lesbian examines the "guest status" of women within the male-centric gay community. To get involved women should visit http://www.themodernlesbian.co.uk/.


This year Pride celebrates its 20th anniversary while the Lesbian and Gay Foundation (LGF) celebrate its tenth birthday. Both organisations have been pivotal in breaking down the barriers of ignorance in the North West seeing Manchester recognised by many as the gay capital of the UK . However, women often fade into the background of this story with their voices and experiences being subsumed within a generic “gay scene”. The Modern Lesbian is a photographic project and live photographic event that seeks to redress the balance by presenting the stories of gay and bisexual women across four generations who have been instrumental in shaping the cultural, commercial and social history of gay Manchester . The Modern Lesbian is the first project developed and delivered by Curator Andy Brydon’s arts and cultural production company Curated Place following the demise of Urbis. Supported by the National Lottery through Arts Council England, Pride’s Community fund and Bridge Properties it will feature as a central event as part of this year’s Pride Fringe with an exhibition at 52 Princess Street , Manchester . Three days of public events, where women can contribute to the project, will also take place over the Big Weekend.


The Modern Lesbian is an exploration of the hidden history of gay and bisexual women in the North West . Over the last year artist, Rachel Adams documentary photographer and resident lenswoman at Contact Theatre and Band on the Wall, has been interviewing influential gay women who have impacted on the Mancunian cultural, social and economic landscape. These interviews have informed the locations and tone of the photographic portraits she will be shooting throughout July. The resulting works will be exhibited as part of the Pride Fringe from the 21st August – 4th September at 52 Princess Street thanks to the support of Bridge Properties http://www.52princess.com/.


Selected on account of their reputation as groundbreakers in the gay and lesbian scene and the role they have played in shaping Manchester's cultural sector beyond that community, these women tell the story of how underground lesbian culture has quietly, but radically, influenced the mainstream.In addition to the exhibition of notable women, Adams will be setting up an event space inside the exhibition over the big weekend (28th August – 30th August). By creating a new lesbian space within the context of Pride, Adams ' project examines the "guest status" of women within the male-centric gay community. To do this she is inviting gay and bisexual women attending Pride to contribute their portraits and voices to the project at a pop-up photo studio over the Big Weekend inside the exhibition. To get involved women should visit http://www.themodernlesbian.co.uk/ .

Leading academic Sarah Green, of Manchester University , comments:“Public spaces, including gay ones, tend to be dominated by men. The sense of ‘culture’ tends to include a sense of belonging to a relatively publicly visible group of people, but lesbians have rarely been as socially visible as gay men. This was something Manuel Castells noticed even in the 1970s. In his study of San Francisco he argued that lesbians actually did not form a community or social group as a result of that lack of visibility in public spaces.”

Rachel Adams comments:“With this project I want to highlight the unrecognised achievements of gay women in and around Manchester , especially those that have dared to act ahead of the curve in politics, activism and culture. To bring their achievements into the present I want to create an exciting and dynamic cultural space during Pride – where everyone is invited to explore the history of Manchester lesbians and where women are given the chance to take part in a truly representative project.”Photo opportunities of Adams ’ shooting portraits are available throughout July. While shoots are still being finalised please contact Curated Place for up to the minute details tel: 0161 408 1814 or info@curatedplace.com.

Editor’s notes 52 Princess Street will be open daily for the Modern Lesbian exhibition from 12pm-5pm from the 21st August until the 4th September.Rachel Adams’ photographic studio event will take place on the 28th, 29th and 30th of August. Both the exhibition and event are FREE but women wishing to participate in the event must register on http://www.themodernlesbian.co.uk/ The project is produced by Curated Place , Minshull House Innospace, 47 Chorlton Street, M1 3FY .Tel: 0161 408 1814 http://www.curatedplace.com/ Curated Place (http://www.curatedplace.com/) is a production company and blog set up by Andy Brydon following the closure of Urbis. Adams and Brydon were in the early stages of producing a major Gay Manchester retrospective exhibition when the venue was closed. The Modern Lesbian, supported by Pride, is an element of the original idea that has survived that closure.