Is The Photographers Gallery, London Shite? 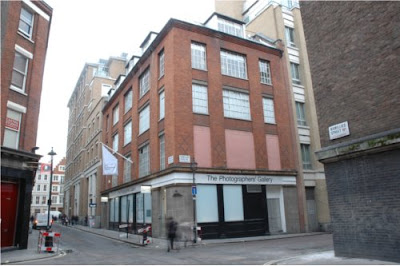 I know that sounds like something I'd ask here, but this time it's not me but a respected MAGNUM photographer, Chris Steele-Perkins. This is what he has to say on the matter.

"I am delighted my comments, made in passing, have evoked a lively response. I stand by my remarks of course, but for the sake of clarity I outline my position in a bit more detail.
I was around when the Photographers’ Gallery was started by Sue Davies, and it was exciting and showed, mainly, great shows and inspired people. It had a buzz!
A lot has changed. When I talk to people, from photographers to others in the arts I never, really, never find one who has a good thing to say about the Photographers. Gallery. The response is from a disdainful shrug – that’s what we are stuck with, to an explosion of anger that the promise and hope that Sue Davies brought to the place has been so profoundly betrayed.
I care about photography, in its richness and complexity and I am angry at the way the possibility of the Photographers’ Gallery has been strangled over the years leaving a limp corpse requiring vast funding from the public purse to maintain its mediocrity.
I am angry that there are many more exciting, relevant galleries that are starved of funding because the money goes into maintaining this vegetative-state-gallery. Places like Side, Host, Open-Eye to name but a few.
I am angry that Photographers’ Gallery has become a misnomer. It is not about photography or photographers, it is about a narrow thread of photographic curation that is frequently dull, and/or poorly conceived. I also admit they do have a few good shows, but far too few, and across far too narrow a spectrum of the medium
On the web-site it states “we are the place to see photography in all its forms.” This is a grotesque claim and so patently untrue. Why lie? If it indeed was fulfilling that claim, with the caveat – at its best – then it could claim the name Photographers’ Gallery, and it would not be betraying the initial ambitions of the project.
I am angry it makes no attempt to support or promote British photography
Someday I will write more about this, but I am sorry that the quality and relevance of the PG is not publicly debated in forums like the BJP and RPS Journal, and the Guardian Arts Page and the national media. This is a publicly funded institution (40%) and should be a beacon, but is an irrelevance; an expensive one.
People seem to be scared to speak out, I am not sure why. One thing is for sure, more money is going into it, and it will get bigger, and a larger corpse does not stop rotting.
I leave you with this from their web-site “the Gallery has developed a reputation as the UK’s primary venue for contemporary photography.” So sad, so untrue."

This debate has been going on over on duckrabbit. For what it's worth my view is that The Photographers Gallery is probably no better or worse than most Arts institutes in this land. A lack of imagination, too many self serving individuals connected to said places, too many conditions applied by the funding bodies, community this, and community that, galleries these days are spending more time doing social work and functioning as community centres/creches and not enough exploring new ideas/artists. The same safe bet photographers who the establishment have deemed worthy doing the circuit of galleries. What's the answer? Fuck knows........ there probably isn't one.

Email ThisBlogThis!Share to TwitterShare to FacebookShare to Pinterest
Labels: Questions?

I have found most, if not all galleries here in the UK to be absolutely useless.
They are either too series, or not series enough (amongst many other things).
I used to think I was the problem. But I have been with enough galleries here, there, and everywhere, to come to my own conclusion.
British Galleries. They are all shite.(But the PG is possibly the worst.)
Hopefully I will stand corrected. But one must always remember, it wasn't always so....

I can remember when we had two good photographic galleries around here. The Richard Goodall was good once, or perhaps I just out grew it, and I think the other was called Focal point in Salford but it had it's funding pulled, by a Labour council under a Labour government in a so called period of economic growth. Funny that.

Even having an ex Prime Minister who collects photography and art (Tony Blair) didn't do a lot of good for the country photography wise...
I'm at a loss on this one. But I am resilient and continue to fight the fight.
To be honest I myself wouldn't even open a gallery here (there's has been a few business opportunities in the past). The UK just doesn't seem to be the place, at least at the moment.
Might start something out of my garage. A couple of big framed prints,some books, a cup of tea, some light music, and maybe a bit of cake.