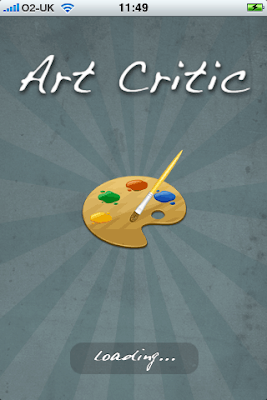 So we all know that there's so many Bolloxsy things written about Art. Here below is one introduction to a photographers new show I received today for example.

“In recent years, it has been possible to discern an attitude in the way BLANK BLANK sees himself that would suggest a specific attempt on his part to implement his artistic ideas in a more concentrated and intensive manner. We are not talking about a change in strategy here, rather a considered artistic reorientation in connection with a critically self-assured revision of his overall production, which has led him to re-examine his archived works once more. This current selection of images represents BLANK’s commitment to this revision; it contains largely new examples as well as some older images, occasionally reverting to spacious photographs, taking details from them, and presenting them in enlarged formats as images in their own right. There is a fresh impetus to all this... ."
Translated: He's not done fuck all new for years so we are going to try and flog the lazy bastards old stuff again as a new edition.
If you would like to be able to write reviews like the one above, then why not try THIS new 'Ap' from Apple... I may get one to help me out here on the blog, before anyone else says it, I need it.
Posted by mark page at 23:42

This is what my last exhibition introduction went like! They were spouting all manner of drivel that could of been summed up in one line.
This is the kind of thing I am trying to get away from.

I much prefer your version.

Insert any Magnum name in the gaps

It's good to hear Newport students are not in awe of MAGNUM these days!