DESTROYING THE LABORATORY FOR THE SAKE OF THE EXPERIMENT 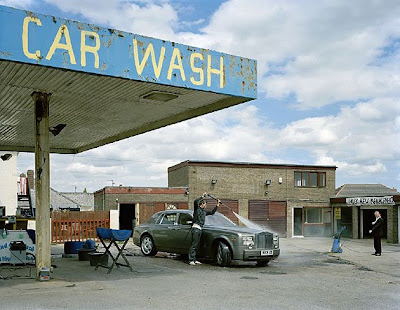 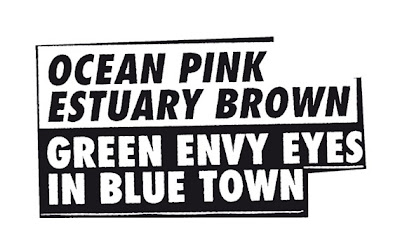 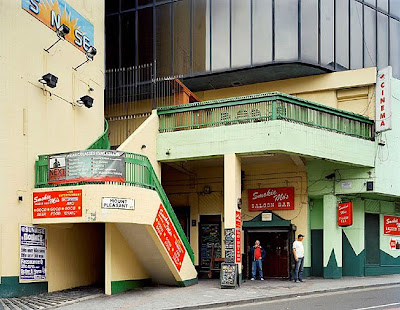 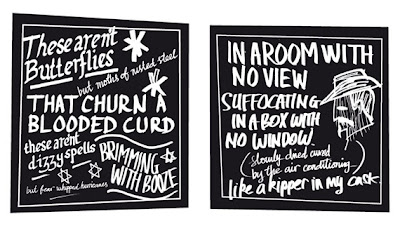 I've been following this collaboration since it's beginning. In amongst the current reams of work on England and Englishness this stands head and shoulders above the rest, not only in the execution and depth of the work but also for sheer originality of the idea of the collaboration and by the looks of it, the exhibition which has just opened at THE ATLAS GALLERY LONDON.
"Atlas Gallery is pleased to present a ground-breaking exhibition exploring synergies between words and images, which will dramatically transform the gallery into a multi-media experience including photography, poetry and live performance. ‘Destroying the Laboratory for the Sake of the Experiment’ is a collaboration between Magnum photographer Mark Power and award-winning poet Daniel Cockrill. This multifaceted project began in 2006 as an experiment and continues in this guise of exploration and evolution. The two artists travel together to different parts of England, usually a town or city, share similar experiences, but react independently. It is an exercise in seeing and selecting what each considers interesting or important at any given time. Mark Power responds with photographs, Daniel Cockrill writes poetry.

Power and Cockrill have discovered an inter-changeability of their work over the past three years. A photograph of Liverpool may work as well with a poem about, for instance, Colchester as with a poem about itself. Increasingly, and as the recession developed, Cockrill’s responses became more documentary, termed by Power ‘documentary poetry’. Their work assumed a darker, more ominous tone as time has passed, a reflection of the changing mood in England. Photographs and poems, which began as a careful sequence, have integrated over time, allowing instead for chance meetings, a key aspect to the project. While there are a few examples where specific pairings are retained, for the most part they prefer to leave the outcome to fate.

In the gallery poems in bold, dynamic graphics (especially designed for the exhibition by Dominic Brookman) will cover the walls, a single photograph propped up here will contrast with a second image installed on the floor, a triptych combining images with a central poem will open and close, encouraging the viewer’s involvement, complimented by a sound piece of Cockrill’s rhythmic verses. Different methods of framing are experimented with, using wood, metal, and even concrete in various guises. It is this exciting interplay between words and images, merging and layering, at times controlled and static but occasionally meandering and flowing, that pushes at the boundaries of both photography and poetry.

Whether making a portrait, photographing a modern landscape or writing a poem about the state of an English town, both artists are attempting to uncover a ‘likeness’. They slowly assemble a sketch, brick by brick, word by word, picture by picture, that not only reveals the England of ‘Now’ but also attempts to communicate a vision of the country’s future. They have set out to record a view of England that affirms its appearances and disappearances, documenting the transition taking place and the changes in temperature, both political and environmental, with permanent results. The collaboration and companionship of two artists, and the fusion of poem and photograph, unearth similarities between towns and places, while at the same time establishing links between words and images." (Text from ATLAS GALLERY website)
Show Dates
9 JUNE - 10 JULY 2010
ATLAS Gallery
49 Dorset Street, London W1U 7NF
+44 (0)20 722 441 92
info@atlasgallery.com
www.atlasgallery.com
Mon - Fri 10am - 6pm . Sat 11am - 5pm
Posted by mark page at 22:55