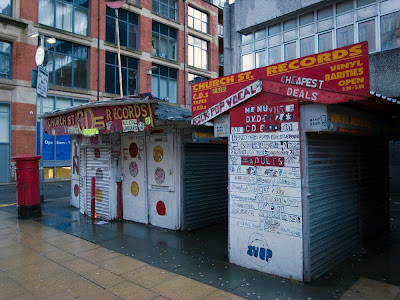 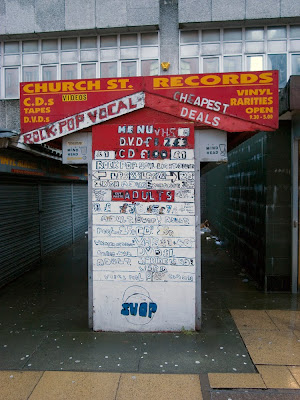 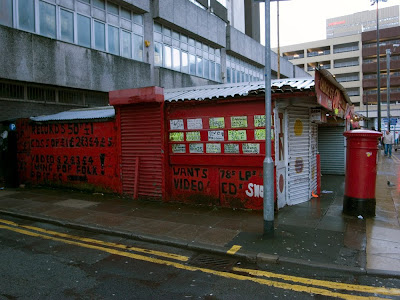 Email ThisBlogThis!Share to TwitterShare to FacebookShare to Pinterest
Labels: Parts of Town

Mark,
These pics of yours are important and I see a valuable document of Manchester in the years to come.
Whats to say Walker Evans didn't have similar views and memories as you when he was snapping away (apart from the fact he wasn't in Mancs).

Cheers Marcus. I'm only sorry that I only had time to "snap em" with the little digi.I would have like to have done them more justice with the Rolli or Bronica....

i noticed those had gone the other day. shame, not that I ever bought anything in there

is the book shop from around that area still going to be there? i've got some portraits of the owner i shot on a rollei sl66 that i would like to give to him before he disappears into obscurity!

I saw them on Saturday, bulldozing the remains into oblivion.

It'll probably be a Starbucks.....

Steve,
Or they may stick some planters there with olive trees in.

Ciara,
What you never bought a 'Gunchester' Tshirt from them?

I was so upset when I saw the mesh fence and a pile of rubble that I went to the town hall to find out what had happened. They are going to erect 'purpose-built'units for the same stallholders who will return paying much increased rents of course. I tried presenting the issue about 'character' and 'homogenisation' etc. but they truly appeared puzzled. When I brought up Grey Mare Lane market (another place they are itching to get their hands on) they asked 'but WHY do you like it? It's seedy and dirty'. Hey ho.

These are the same clampits who are closing down URBIS for a football museum.. I can't just blame Manchester though, It's a modern British malaise.....