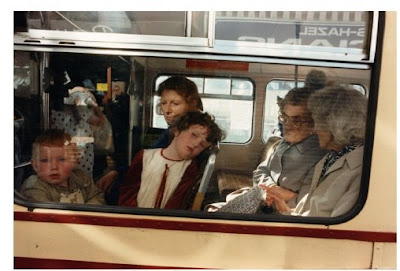 Image copyright Tom Wood
Regulars will know the high esteem with which I hold Tom Wood, so imagine how chuffed I was when I found this interview!
JWD: But with “Photieman,” which is the nickname you were given over the years, that means people must have sort of accepted and liked the fact that you’re the man with the camera.

TW: Yeah, but that related to my own particular neighborhood in New Brighton. I’ve got to know many people and I’m pretty open about the whole thing and I live there amongst everyone else and I’d always give them copies of pictures. In the Chelsea Reach nightclub, drunk partygoers would say, “Hey take our picture,” and you would take it just to shut them up. And then I’d bring it back and give it back to them and they’d be made up. And then the next time I saw them I’d say “Hey, how you doing?” and after a while I could maybe photograph them freely without asking them. And some people would always resent me.

Carry on reading here: http://www.issuemagazine.com/i8artfeature.html
Posted by mark page at 19:59