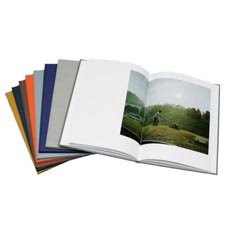 
The Photographers’ Gallery have announced the four shortlisted artists nominated for its annual Deutsche Börse Photography Prize. This year the Prize will take place at the Gallery’s new location of 16 –18 Ramillies Street, London.


The four shortlisted artists are:

Paul Graham (b. 1956, UK) is nominated for his publication, A Shimmer of Possibility (steidlMACK, October 2007).

Tod Papageorge (b.1940, USA) is nominated for the exhibition Passing Through Eden - Photographs of Central Park at Michael Hoppen Gallery, London (7 March - 12 April 2008).

Taryn Simon (b.1975, USA) is nominated for her exhibition An American Index of the Hidden and Unfamiliar at The Photographers' Gallery, London (13 September -11 November 2007).

The Deutsche Börse Photography Prize 2009 is presented by The Photographers’ Gallery, London. The annual award of £30,000 rewards a living photographer, of any nationality, who has made the most significant contribution to the medium of photography in Europe between 1 October 2007 and 30 September 2008.

The Director of The Photographers’ Gallery, Brett Rogers is the non-voting Chair.Brett Rogers, Chair and Director of The Photographers’ Gallery, said: "The finalists this year redefine the medium of photography and its possibilities as both a conceptual and creative tool. Each, in their distinct way, attempts to represent the unrepresentable: Taryn Simon in her compelling dissection of the invisible forces that rule our lives; Emily Jacir in her installation which proposes new narratives for approaching recent Palestinian history; Paul Graham whose new series of books encapsulates the poetry of the everyday, and Tod Papageorge who transforms the subject of Central Park, New York, into a Shakespearian paean to urban leisure."

Alexandra Hachmeister, Corporate Responsibility for Deutsche Börse, commented: "This shortlist is impressive, with four very strong positions in contemporary photography. The variety can be seen in the different approaches to the medium, not only in their content, but also in their visual concept. We are looking forward to exhibiting the work of the four shortlisted artists at C/O Berlin and in our headquarters in Frankfurt in 2009.

"The Deutsche Börse Photography Prize continues as one of the most prominent exhibitions at The Photographers’ Gallery and is amongst the most prestigious of the international arts awards. Deutsche Börse Group is one of the leading exchange organisations and a major sponsor of photographic art. The Group owns an extensive art collection of contemporary photography which, to date, includes more than 700 works by over sixty international artists. Further information can be found on the Deutsche Börse Group website.
Posted by mark page at 10:09