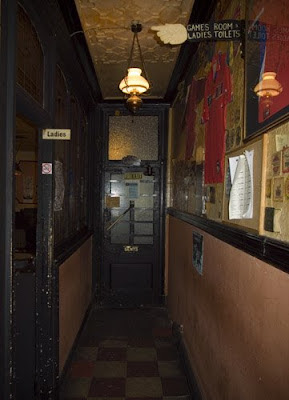 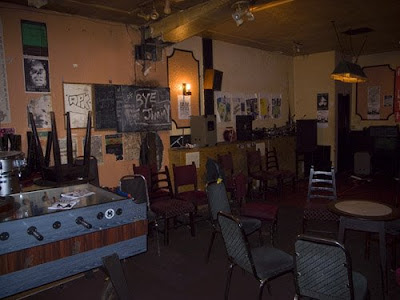 Did you all see Martin Parr's "British Cities" Manchester supplement in yesterdays Guardian?http://www.guardian.co.uk/ He is doing it for 10 British Cities, although I don't know which one's as I have been unable to find out anything about it online. Did we like the work? He seems to retain fond memories of the city, but I expected more, and he was up here for a week, which is not a lot of time to re-acquaint yourself to a place. He says that he enjoyed his night at The Castle Inn, on Oldham Street, (see above) and who can blame him? I love that pub, so much atmosphere. I can't see it being there much longer though, as it's in such a sorry state of repair. Parr's releasing all ten supplements from all ten cities later in the year as a box set.
Posted by mark page at 06:59

Mark, where's the critique of Parr's work on Manchester? I thought it was awful. I too looked forward to seeing it and he seemed to be way off with his vision. There was nothing to the images, nothing revealed, little humour, cynicism or incisiveness that characterizes much of his work. I keep going back to the supplement trying to work out why it's so awful. For a start, it's so lazy. There's so little to go off. The racquet club? What kind of a subject was that to pick? Or the guy reading a book along the canal? These images are so mediocre they would sit comfortably on Flickr, not in a well-paid Guardian commission that's trumpeted as something we should all be keenly waiting for or investing in a boxed set. I'm looking at these images wondering if Parr's lost the plot.

Who's to blame? The picture editor who put it together or Parr himself? With Parr's reputation, I doubt it's the former.

Mishka,
Longtime no hear! How you doing! I've been biting my tongue a bit on this one to tell the truth, but f**k it I'll post about it tomorrow when I've had more time to look at the pictures. What is interesting is that I know one of the portrait subjects as well...........