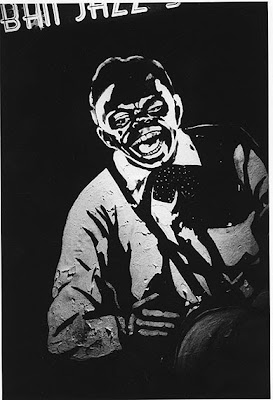 A few words about sequencing and bookmaking from someone who knows how to do it. Take a look at his 1970 series "The Somnambulist" (in the archive 1 section)

"In 1959 I was a young photographer's mate aboard the USS Tanner. With time to spare I explored the ship's library. One slim volume attracted my attention. It was "Four Quartets" by T.S. Eliot. These poems created a strong and unfamiliar impression on me. The cadence of the words implied an imagery that come from their very position on the page. It was only ten years later that I began to understand the real meaning of sequencing images on a page.The sequencing of photographs in "The Somnambulist" was a direct result and pursuit of the feelings I experienced many years before in the ship's library Eliot's word-shapes on the page spoke in many ways, precise but never too literal. I was drawn to this kind of experience and understand this now to be an aspect of how the process was to reveal itself in my own work. Surely there are parallel examples of this phenomenon.

An exhibition of my prints in a gallery or museum reveals how I relate to the medium of photography. Immediately one can see my attitude towards film, light, lenses and camera handling. A book, however is another story. In a book we see how I think about my photographs and the context in which they are intended to be seen.This is an important distinction. Context, as Marcel Duchamp made abundantly clear, is everything. A beautiful nude torso entitled "The breasts of Venus" will be perceived in a totally different way than the same photograph entitled "Still no cure for breast cancer". In a book I can be fully responsible for the context of the work.
The ancient Greeks invented the concept of the proscenium in the theatre. Behind the prosce- nium anything was possible, reality ended in front of the arch over the stage. The title of a book of photographs functions much in the same manner. The title informs the viewer of the context by which the images are to be seen.

I can start a book project with as few as 10 or 15 images.The first few spreads, usually around 4 or 5, set the tone of the sequence to follow. The sequence is then altered by the addition of newer images as they arrive.The title sets the tone and the point of departure for the work to follow. This can be sustained for years, some projects ongoing for a lifetime. I have been photographing in France and Italy for over 30 years.The same is true of the nude. One never comes to the end of such studies.

Whereas the viewer at an exhibition of photographs is free to wander about the gallery at will, the viewer of a book holds the book at a certain specific distance from the eyes, usually seated in a favorite well lit chair. This viewing distance is almost always the same from person to person.With this in mind I can be assured that certain spatial relationships between the images will be consistent and will be seen by all the viewers in a similar manner. I can build on this principle. Next comes the sequencing of the spreads, often designed to create a non-specific narrative or an elliptical linearity The sum of the images exceeds the total of the parts. Books can be about anything but when successful a book is an unbroken string of right decisions."