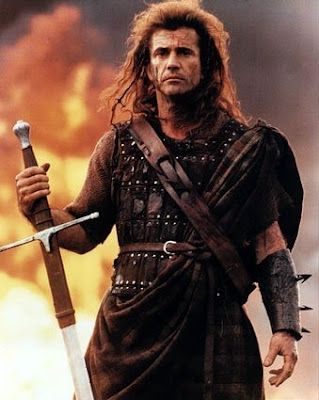 Scotland? I'm not that keen. Although this boils down to the last time Rangers came to Manchester and a particularly nasty dose of food poisoning I got in Edinburgh ( Dearest chamber maid I apologise about the sheets.) No, I hate kilts, bagpipes and Alex Salmond. I resent the fact that they have their own Parliament but also want to play in ours, they seem to want Independence when it suits them, a little bit like the student who moves out of home but still takes their washing home to mum.
However this last couple of days I've felt bloody proud of the jocks. This little country has stuck by it's decision despite of "warnings" from the self proclaimed king of the world, America. No real CHANGE stateside then, New face, black this time but still the same old arrogance.
Some people have said that it is disgusting to see The Saltire being waved in Libya, really? I thought it made a refreshing change seeing a western flag in a Middle Eastern country that wasn't being burnt. OK people may say that you never lost anyone in Lockerbie. Well no, but as far as I know neither has Obama, or any of the Obama administration and as it happened over Scotland wind yer fucking necks in.

If we ever want to stop all the shit that's going down we just got to forgive and forget sometimes. So well done my wild blue arsed porridge eating cousins, this time you really have been Brave at heart.....

Don't wanna pee on the parade, but as one guy said, the US will cry foul all it wants in public, in reality- the deal would've never been made without their say-so. There's a ton o' oil under all that Libyan sand...

'Course, we could be both wrong... http://www.telegraph.co.uk/news/worldnews/northamerica/usa/barackobama/6070357/Lockerbie-bombers-release-linked-to-trade-deal-claims-Gaddafis-son.html

go ahead mark, get it all out!

that perked up my hangover, made me chuckle a little, very true though!