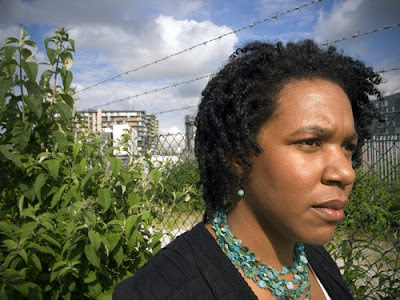 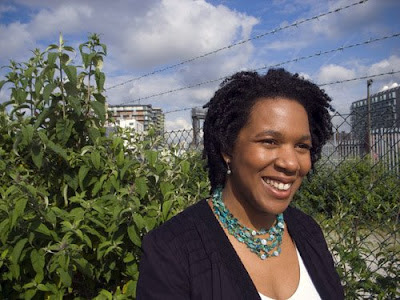 It's that time of year again. The National Portrait Gallery, Photography Prize, http://www.npg.org.uk/photoprize/site/index.php and each year I like to throw away at least £16 on entering. This isn't sour grapes, I find portraiture hard, I try, but I'm sure that the reason I never get anywhere with the competition is just the fact that my portraits just don't make the grade. However each year if I've been commissioned to take a portrait I'll enter it. Which leads me to the two pictures above. I was commissioned to take pictures of Ruth Ibegbuna, who is the leader of The Reclaim project here in Manchester and last years recipient of The Peace Activist of The Year Award.

Martin Parr had taken Ruth's picture a couple of weeks before, for a Guardian supplement about Manchester, (I won't reproduce here, I'm in enough trouble with The Guardian as it is) but let's just say he missed by a long chalk, and I'm sure Ruth won't mind me saying, he made her look like a "black Ena Sharples" complete with a two up, two down terrace backdrop, no doubt representing Manchester. Now for me the picture from the two above, that I like best of Ruth is the bottom one. It's the one she likes best, and probably the one that will get used for press releases. However when it came to me thinking about submissions to the NPG photo prize, it's the top one I know will have more chance. It's because she's not smiling. Even though smiling is a big part of Ruth's personality, in the art photography world it's a big no no. Just take a look at previous years winners and finalist's if you don't believe me. Thing is if I had took a picture of Ruth where she wasn't smiling it would not have been true. How many so called great portraits are the same? why do we not like pictures of happy people? What ever happened to "Say Cheese"?