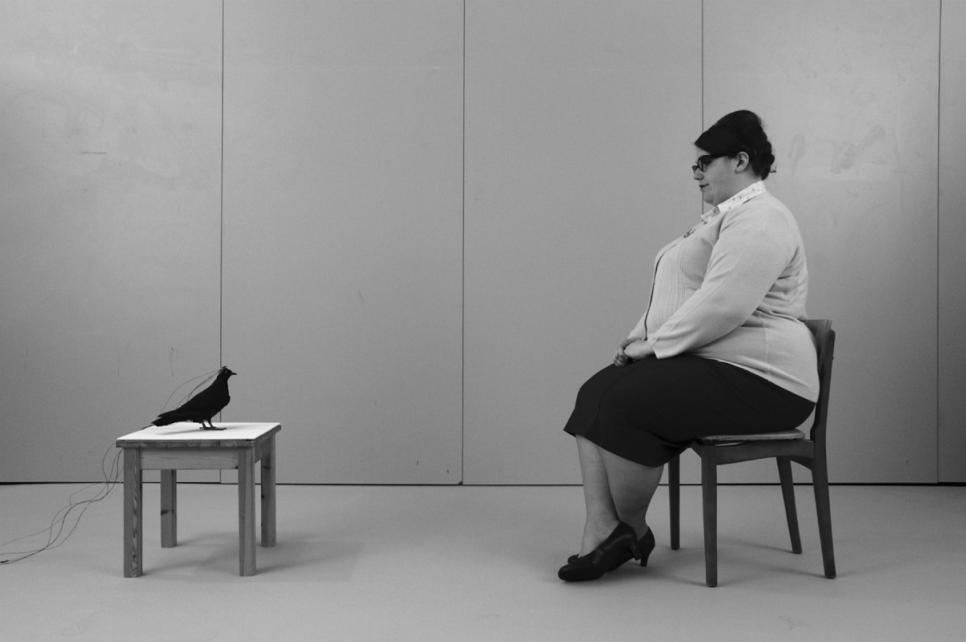 I always hated the name Mark Page. It's just a couple of dull noises. Uh Uh. I would have loved a name like Gemma Marmalade.  Mark Marmalade, now that would have been something.

Ms Marmalade's work partly deals with sexual orientation, you got to be careful with shit like that, this is the art world and like Manchester everyones gay, or at least art about such thing's is a well trod path. Give a lesbian photographer a camera and portraits of female boxers could well be on the cards.

That's no good for our Gemma. She researched and found out that in the 1950's far from just eating sick off the pavements  pigeons could also tell if you were gay or not or so some people came to believe. Now when such things were illegal (being gay not eating sick) getting grassed up by a pigeon was a bit of a shitter. That's the background for her 'STRANGE BIRDS' . I reckon this bird is one to watch.
Posted by mark page at 06:52