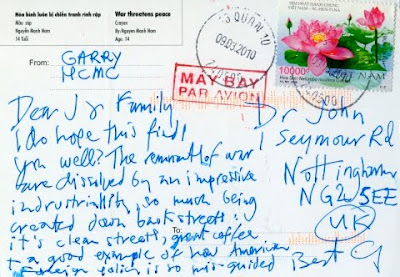 The Documentarian John Perivolaris is working on an interesting collaborative project that is to be exhibited at THE CORNERHOUSE, Manchester;

What is North to North?

North to North is a month-long journey from Manchester via France to Algeria that Perivolaris will undertake 5 June – 5 July 2010.


Despite Algerian independence in 1962, after more than 130 years of French colonial rule, the relationship between France and Algeria continues to play a defining role in each country politically, socially and culturally through migration, post-colonial antagonism, and memories of a shared colonial past. At the same time, the current decade has seen an intriguing shift in Algeria’s geopolitical significance, as it became a favoured diplomatic partner in the American-led ‘War on Terror’, and an increasingly privileged trade partner of the United Kingdom, thanks undoubtedly to its large reserves of Saharan oil and gas.


Structured around a series of encounters with people connected personally to both France and Algeria, and via visits to key sites of memory that underpin the display of the Franco-Algerian relationship in the public sphere today, North to North will comprise walks and interviews with participants, subsequently uploaded along with images made by Perivolaris to his blog.

READ ALL ABOUT IT HERE. This is something I shall be keeping a beady eye on. Always looking at ideas to pinch when it comes to "Documenting" and this looks all very interesting. Cheers to Joe for pointing it out.

Good to be back after Easter.